A FORMER George Ward School pupil may have secured a significant breakthrough in finding a new generation of life-saving antibiotics. 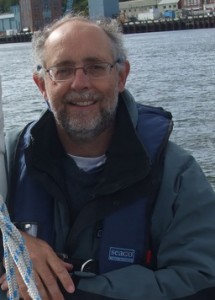 Professor Jeremy Lakey who grew up in Melksham and attended George Ward School between 1969-1977 is the man responsible for the breakthrough following a series of groundbreaking experiments.

Antibiotics have saved millions of lives across the world but recently world experts have warned that over use has led to bacteria developing immunity and the drugs becoming ineffective. This has the potential to leave us vulnerable to disease and infection.

But research by Jeremy and his team at Newcastle University could pave the way for a much-needed new generation of antibiotics, although the work is still in its early stages.

They have been analysing protein molecules in an effort to tackle antibiotic-resistant bacteria which has built up an immunity to more familiar medicines.

And it means Jeremy’s work has caused something of stir in the world of science and medicine.

The former George Ward pupil, whose mother still lives in Melksham, was studying a protein derived from E.coli bacteria, called Colicin N, which kills competing bacteria in a very efficient way. Just one molecule of this protein can kill a whole cell.

As part of that investigations, he divided the protein into three parts. A receptor which helps the protein lock-on to the bacteria, a toxic part that punches holes in the membrane of the bacteria to kill it and a ‘tail-like’ part. The ‘tail’ was thought to help the protein sneak into the cell but assumed to be harmless to the bacteria itself.

Jeremy, professor of Structural Biochemistry at Newcastle University’s Centre for Bacterial Cell Biology, and his team wanted to see what effect each part of the protein would have on E.coli bacteria. Amazingly when they introduced the ‘tail’ into the environment of the bacteria, it killed them.

The discovery, that such a simple part of a protein can kill a bacteria, could mean that new antibiotics derived from this part could be developed. One of the existing stumbling blocks to the development of new protein-based antibiotics is their complicated structure.

Jeremy said, “The beauty of this is that the ‘tail’ of the protein is very simple and it will be relatively easy to make new antibiotics out of it. Using the whole protein would just be too complicated.

“It’s an early stage basic discovery and it kills bacteria by a new and as yet unknown mechanism, so we need to do a lot more work to discover exactly what is happening here and whether it could be used for new drugs. But it is unlike anything I have seen before and one of the most exciting things I have seen in 30 years’ research on antibacterials.”

By targeting only E. coli-like bacteria, the new molecule shows promise in combatting an important class of antibiotic-resistant infections.