THE first ever winner of The X Factor is coming to Melksham to perform as part of an event at the Kings Arms Hotel. 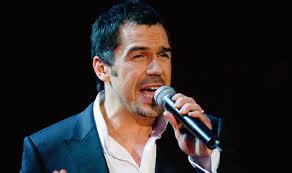 On Thursday 12th September, the first X-Factor winner Steve Brookstein is to perform and sign copies of his album at the Kings Arms as part of the evening’s entertainment which includes a three-course meal.

Tickets are limited and cost £45 per person or £320 for a table of eight.Manager of the pub, Steve Dew said, “This is the first of many live cabaret nights planned, with Abba and Freddie Mercury acts already selling fast for Christmas and we have just secured the country’s number one Robbie Williams act for Tuesday 17th December – another perfect act for our Christmas party season.”

Steve Brookstein won the inaugural X-Factor in 2004 and quickly followed it up with a UK number one with his song ‘Against All Odds.’

Interest has been high for this and other upcoming events. Steve Dew said, “The people of Melksham clearly have an appetite for entertainment.”