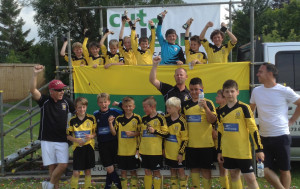 Melksham Town Football Club Youth Section triumphed in two competitions at the 21st Westbury Youth FC Tournament and Festival of Football, where more than 200 teams from across the Southwest competed.

Tournament director Andy Jordan said, “It has been absolutely fabulous. It’s our biggest youth football tournament ever and teams have come from all over including Bristol, Dorset, Hampshire, Devon and Gloucestershire.

“There has been a massive effort from loads of people starting since Christmas with monthly meetings. We have had such positive feedback from coaches about how it has been run and the kids love it. It’s a good day out for them and the weather has been very kind to us this year.” 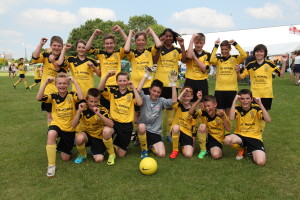 Tournament director Greg Coulson said, “Can I say a massive thank you to everyone who helped over the weekend and in the preparation of the tournament, from myself and the chairman Matt Bright.

“This tournament was a massive success, we had 206 teams entered and I turned down at least 15 other teams. Everyone who wants to come again needs to enter as early as possible next year to avoid disappointment.

“We (and probably other youth football teams) need a successful tournament to future proof our club so that we can provide local kids with a safe and secure environment to play football with FA qualified coaches. We promise to make next year even better.”