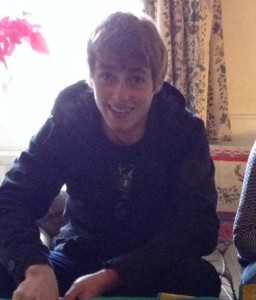 TRIBUTES have been paid to a Seend teenager who lost his life in a road collision in Melksham last weekend.

Friends of Max Lewis, 19, who died in a collision on Forest Lane last Saturday came together for a candlelit vigil at the site where he died. Hundreds of flowers and messages have also been left at the site for Max.

The incident which happened shortly before 3pm  involved a white Renault Master van, travelling from Melksham towards Lacock, and a red Citroen Saxo travelling towards Melksham in close proximity to two other cars.

Max who was the front seat passenger in the Saxo died at the scene. The Saxo’s driver, a 22-year-old man from Melksham, was taken by air ambulance to Southampton General Hospital where his condition is stable after surgery.

The male driver of the Renault van, who is 25 and from the Trowbridge area, was taken to the Royal United Hospital in Bath. He was described by police as walking wounded.

PC Peter Williamson, of the Roads Policing Unit, is the senior investigating officer. He said: “The three cars were travelling towards Melksham in close proximity to each other. When the Saxo was involved in the collision, the other two cars did not stop at the scene. One is believed to be silver, the other is said to be blue.

“It is imperative that the drivers of the two cars come forward as soon as possible to assist us with our enquiries.

“Anyone with information about the collision, or the identity of the two drivers, should phone Wiltshire Police on 101 and ask for me or the collision investigation team.”