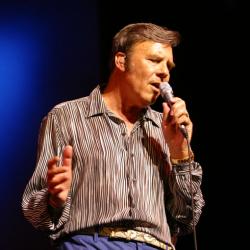 Marty Wilde is coming to Melksham

Beginning his career in 1957, Marty Wilde was one of the first British singers to play a leading part in the early formative and groundbreaking Rock ‘n’ Roll years.

His musical genius meant that fame and popularity soon followed, and between 1958 and 1962 he had 13 consecutive hit records, including Endless Sleep, Donna, Teenager in Love, Sea of Love, Bad Boy, Rubber Ball, Little Girl, Jezebel and Tomorrow’s Clown.

Organisers say, “With his many hits and a host of wonderful songs from that era, Marty and his fabulous band the Wildcats will take the Melksham audience back on a fantastic nostalgic tour through some of the most exciting musical times this country has ever experienced.

“Still in huge demand today, Marty has topped the bill on five extensive ‘Solid Gold Rock ‘n’ Roll’ tours and presents his own ‘Born To Rock’n’Roll’ show at theatres across the UK

“This is a massive thrill and a privilege to be able to welcome Marty Wilde to Melksham for a wonderful evening of musical entertainment. As a genuine musical icon, this is a rare opportunity to see a true entertainment legend live on stage, up close and personal, in Melksham’s very own Assembly Hall.

Residents from Farmhouse Court and Berkley Way say that they have experienced “considerable” flooding in their gardens because of building works.