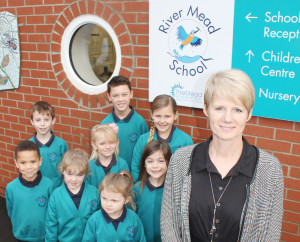 SCHOOLS in the Melksham area have seen a good year for results, as the latest performance tables show almost every school has improved on last year’s KS2 achievement rate.

The majority of primary schools in Melksham and the surrounding villages have seen a higher percentage of pupils achieving level four or higher in their  English and maths SATs.

Two schools – Seend Primary and St. Mary’s in Broughton Gifford – were listed alongside just 15 other schools in the county in which 100% of pupils achieved level four or higher.

Churchfields in Atworth and Holt Primary both recorded lower scores than last year’s 95%, but still came in higher than average with 88% and 92%. Aloeric also saw a drop from 79% to 69%, but remained above the national minimum standard.

The overall figure for both Wiltshire and England as a whole was 80%.

Seend CofE Primary School headteacher Jackie Chalk said, “As a whole school community we are all delighted that we have appeared in the country’s top 10 list of best performing schools based on Year 6 SATs results in the summer.

“We have received  messages of congratulations from a variety of sources and it is heart-warming that so many people are pleased for us. Everything was in alignment last year and with hard work on everybody’s part we knew the results would be good – just not that good!

“However, SATs are only one  narrow measure of how successful a school is and we will continue to do everything we can to develop the whole child including developing a growth mindset, exhibiting good values and working as part of a team.”

River Mead School showed the biggest percentage increase in the number of pupils attaining level 4 or above, jumping from 40% last year to 66% – above the 65% floor standard. The school was also commended recently for improvements made, following an unsatisfactory Ofsted report earlier this year.

Headteacher Nicki Henderson said, “The outcomes at River Mead School were well above where they have been for at least the last five years, and above the national floor standard.

“The change in outcomes is due undoubtedly to a relentless focus on personalised teaching,  securing rapid improvement and expectations of excellence for all. We are confident that we have helped to secure effective foundations for the children’s secondary education and lifetime aspirations.

“The school is continuing to build on the success of these outcomes with improvements this year continuing at a considerable pace. In particular I am excited about the strong learning culture and effective team working.”

The tables showed that primary education has improved on a national scale, with 80% of pupils achieving level four or above in reading, writing and mathematics. In 2010, one in three pupils did not achieve this level, compared to one in five today.

2015 will be the final year that this measure of achievement will be used; as of summer 2016 pupils will be assessed against a higher standard in line with the revised curriculum put in place in September 2014.