No room for manoeuvre! Air Ambulances land in Bowerhill 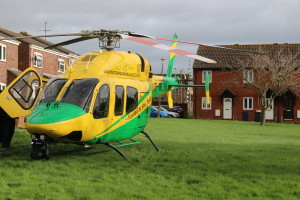 Wiltshire Air Ambulance on the ground in Bowerhill

WILTSHIRE Air Ambulance managed a very tight landing after being  called to an address in Bowerhill.

Resident Phil Chipper said, “We were disturbed by the sound of a low flying helicopter last Sunday morning, and when we looked out of the window we realised it was the Wiltshire Air Ambulance coming into land behind the house behind us.

“Then barely had the sound of its engine died away after it had landed,  another helicopter turned up and landed in the field next to Brabazon way. 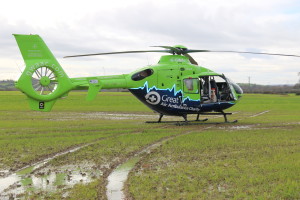 “This turned out was from the Bristol hospital and the reason we had two, was because it carried a doctor as the Wiltshire one only had paramedics.

“The reason for them turning up was due to a poor lady having a bad fall at home in Bader Park just behind us. She was later taken in the second air ambulance to Bristol.”