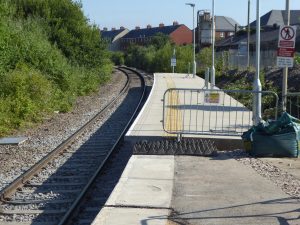 The platform has been extended by Network Rail, who have also made safety improvements to the existing platform, so that it slopes away from the train tracks.

Secretary for Melksham Rail Users Group (MRUG), John Hamley said, “From the start of this year our trains have increased from one carriage to two or three, which have been needed due to heavy overcrowding, but the existing platform only suited one carriage.

“Our next push is for more station enhancements with a community café and a helpdesk.

“We have nine trains each way each day at Melksham Station that run between Swindon and Westbury, but longer term we hope to get most trains to run through to Southampton airport. Later trains are also on the agenda!