Duchess of Cornwall to officially open air ambulance base 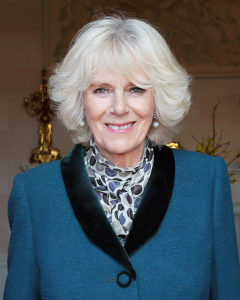 The Duchess of Cornwall, who is patron of the charity, will open Wiltshire Air Ambulance’s new airbase in Melksham this Friday, 14th December.

The Duchess will meet staff, emergency crew and view the charity’s immersive simulation suite, at the Wiltshire Air Ambulance base next to the Police Station on the road to Semington. Wiltshire Air Ambulance moved into the  new purpose-built airbase for the charity in May. The new airbase brought together the operational, fundraising and administrative teams onto one site and on land the charity owned, for the first time securing its future.

Previously the helicopter and operational team were based in a hangar leased from Wiltshire Police headquarters in Devizes, while the charity team was based in rented accommodation in Calne, some 10 miles away.

The charity’s aspiration is to become a world-class centre for training and delivery of critical care in order to continue to deliver the highest standards to patients. It already has an immersive simulation suite for its critical care paramedics and doctors. The simulation suite, which is the only one in the south west ambulance service region, allows trainers and crews to practise and demonstrate clinical skills in an interactive environment that feels ‘real’. The surfaces of the immersive simulation suite respond to touch, while sights and sounds provide context and challenges to the delivery of patient care – and the temperature can even be controlled between 5°C and 24°C.

He is the charity’s longest-serving volunteer at 19 years’ service and has travelled 40,000-plus miles across the county (without claiming a penny in expenses) to help increase the number of charity tins from 50 to 1,000. He will be presented with a special trophy – on behalf of the charity – by Her Royal Highness on the day.