Community gets behind lunch club campaign 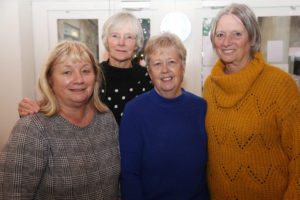 A CAMPAIGN launched by local woman, Sue Mortimer, to save the Melksham Lunch Club has gathered huge support from the community.

Following the story in the Melksham News last month, Sue has received a number of offers of help to volunteer for the service, offers of support from local businesses, and has begun the process to register the service as a charity, recruiting three trustees.

Sue also plans to relaunch the service with the new name, ‘Melksham Community Meals’, and intends to use the initiative to focus on health and wellbeing, reaching out to older people who may be struggling with isolation.

Sue began her campaign to save the long-standing service that was based at the Assembly Hall, when it was  closed by Wiltshire Council last month. According to Wiltshire Council, the service was not financially viable and was running at a loss of £82,000 a year.

Sue told Melksham News, “There has been great support from the town, with lots of positive feedback. So far I have about 16 volunteers registered to help run the service – with some people coming forward because of the story in the Melksham News.

“Melksham’s community engagement manager at Wiltshire Council, Rhys Schell, has put me in touch with someone to give me advice on how to register as a charity. I need three or four trustees, so far I have three.

“I’ve also had support from Melksham Town Football Club – they’ve said they will help to host any meetings that we need to have. Beavan’s the butchers has been supportive – they’ve said once we are registered as a charity, they will give us a discount. And Waitrose is also interested in us being part of their charity work. So it’s all going quite well.”

Former catering officer for Wiltshire Council, Elvy Schofield, who worked  at the club for many years and was made redundant as part of the service’s closure, has also joined Sue in her campaign to re-open the much-loved service. Speaking to Melksham News, Elvy said, “It’s marvellous! Sue is a force to be reckoned with. It was something that I was considering to do myself – so when Sue approached me to help, I was more than happy to join the campaign. It’s a really good cause and between us all, hopefully we can do this and bring the service back. The customers of the club think that it is brilliant that Sue is trying to do this.”

The group is planning to run ‘Melksham Community Meals’ initially on Wednesdays, Fridays and Sundays. To register your interest in volunteering for the charity or for more information, contact Sue on 07719 935883.

One Response to Community gets behind lunch club campaign