Star-studded line-up for 2019 at the Assembly Hall 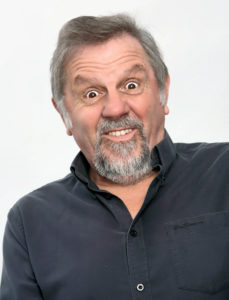 2019 looks set to be a massive year for the Melksham Assembly Hall, with a whole host of big names booked to appear at the popular venue.

Deputy manger of the Assembly Hall, Dan Moore, told Melksham News, “We are really excited to bring some bigger acts to Melksham in 2019! We have seen an increase in regular attendance at the Assembly Hall over the last year and we want to continue to build on this. Hopefully these acts will continue to raise the profile of the hall, making it the hot spot in town for entertainment where there is something for everyone.”

First up at the Assembly Hall in February is harmony vocal group, Blake. Renowned for performing classical and pop songs in stunning vocal arrangements, Blake comprises three young men who enthrall fans the world over with their amazing singing, hit albums and charismatic stage presence.

With over a million albums sold, No. 1 hits in 10 countries and nearly 150 TV appearances around the globe, Blake continue to build their reputation as one of today’s most eclectic and exciting classical ‘crossover’ groups.

In March, American comedian Rich Hall – who is best known for his many TV appearances on shows such as  ‘Have I Got News For You’ and ‘QI’ – brings his critically-acclaimed new show to Melksham.

More recently, his BBC Four documentaries – ‘Rich Hall’s Countrier Than You’ and ‘Rich Hall’s Presidential Grudge Match’ – and his BBC Radio 4 series ‘Rich Hall’s (US Election) Breakdown’, have built him a new legion of followers.

Also in March, the Assembly Hall welcomes bass guitarist John Illsley, one of the founding members of the legendary band Dire Straits. John will be entertaining the audience with a night of music, memories and a question and answer session.

During their time, Dire Straits sold over 120 million albums – including ‘Brothers in Arms’ and ‘Money for Nothing’ – making them one of the biggest rock & roll bands of all time.

In April, Derek Acorah, who is described as ‘Britain’s best loved and most entertaining medium’, comes to Melksham as part of his ‘The Eternal Life’ tour.

Derek shot to fame in the early 2000s with his role on ‘Most Haunted’, a British paranormal reality television series. He has also appeared on entertainment shows such as ‘Through The Keyhole’, ‘Britain’s Got Talent’, ‘Celebrity Juice’ and ‘Celebrity Big Brother’.

In May, the acclaimed Cornish stand-up comedian Jethro returns to the Assembly Hall. Over 4million DVD sales pay testimony to the size and dedication of Jethro’s followers

Jethro is famous for his own unique brand humour, regaling West Country tales for a fun-filled night of adult comedy.

Next up in May, comedian Mark Steel brings his show ‘Every Little Thing’s Gonna Be Alright’ to the town. The star of Radio 4’s ‘Mark Steel’s in Town’, and newspaper columnist of the year, Mark has also made numerous TV appearances, including ‘Have I Got News For You’, ‘QI’, ‘Room 101’ and ‘Question Time’.

All tickets are available from the Assembly Hall on 709887, Melksham TIC in Church Street or visit www.melkshamtown.co.uk/assemblyhall.