MELKSHAM Town FC has spoken out against speculation that the club is against being promoted this season, reassuring fans that the club remains ‘ambitious’. 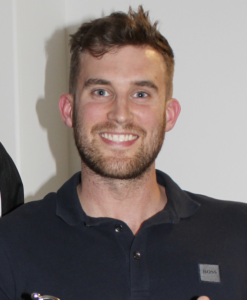 Rumours of Town’s resistance to promotion began to circulate online following manager Kieran Baggs’ announcement on Friday 29th March that he was resigning. In his statement, Kieran blamed a breakdown in relations with members of the committee behind his reason for leaving.

Following Kieran’s resignation, Town supporters speculated that the fall-out between Kieran and the club was because the club did not want to get promoted due to the cost implications of playing at a higher level.

In response to the online rumours, the committee of Melksham Town FC said, “Kieran Baggs resigned Friday morning (29th March) after a meeting with one of the club’s directors. The club would like to place on record our thanks to Kieran and his father Mick, and to all the players for their hard work over the past two seasons, which has seen Melksham Town promoted to the Southern League for the first time in the club’s history.

“As a club we are extremely disappointed with some of the unfounded speculation posted on social media by a handful of people. However we refuse to respond to unfounded speculation; we want to uphold the club’s dignity and conduct ourselves in the professional manner expected from a club of this standard.

“We would like to assure all supporters the club is as ambitious as it has always been, culminating in us having a brand new stand built which enables us to participate in the league above.”

Following the news of Kieran’s resignation, several first team players, including Jon Davies and Mark Cooper, also announced that they would be leaving the club too. The departures forced Town to play a team of 10 men the next day, made up of players from their under 18s and reserve teams, at their home game against AFC Totton, which they lost 3-0.

Town’s committee said, “The club would also like to take this opportunity to thank all the supporters and players who attended Saturday’s (30th March) game against AFC Totton, for their spontaneous standing ovation at the end of the game and respectful behaviour throughout the season and this match.”

Kieran joined the club as manager for the 2017/18 season, which saw the club win promotion into the Southern League – the highest level of football the club has ever played at – and a record run in the FA Vase, reaching the quarter-finals in front of record crowds.

Kieran’s statement said, said, “I am writing this letter of resignation with a heavy heart and I would just like to try and explain the reason for my decision and reflect on my time as manager at Melksham Town over the last two years. “I have enjoyed every football-related moment during my time with the team and players.

“I feel very fortunate that I was part of the club’s amazing progress over the last two years; our history-making with the FA Vase run and playing in front of record-breaking attendances throughout.

“I am also very proud of our promotion from the Western League and our seamless transition to Southern League football.

“I am really disappointed that my relationship with certain members of the board has broken down and these very differing views, in my opinion, has had a significant impact on my own and the team’s ambition for this season.

“I would like to take this opportunity to thank every single player who has played for me over the last two years, the supporters for their amazing commitment and loyalty to the team and myself both home and away, and all the staff around the football club on match days.

“You are the heartbeat of the football club, and I wish the club well in the future. Unfortunately, I find my current position untenable, and this is my resignation with immediate effect.”

Town is now advertising for a new manager. Meanwhile, assistant manager, Luke Ballinger has stepped into the role of manager for the remainder of the season.

Town’s committee said, “Melksham Town FC, are advertising for the position of first team manager for the 2019/2020 season. Anyone interested in applying for the role please contact Darren Perrin on 07855 742960 or email darrencperrin@icloud.com with your CV. All applicants will be kept totally confidential and private. The closing date for applications is Sunday 28th April.”