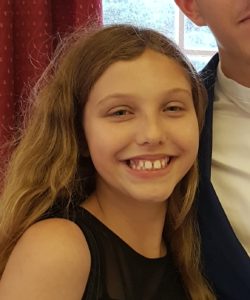 A FUNDRAISER in memory of Bowerhill teenager, Zoe Chapman, who died last November, is to be held at the Oakfield Stadium on Saturday 31st August in aid of the Wallace and Gromit’s Grand Appeal.

Zoe was taken ill in October last year, spending two weeks at Bristol Children’s Hospital, where she was diagnosed with heart failure. She was then transferred to Great Ormond Street Hospital in the hope of a heart transplant however, two weeks later, she died on 19th November, aged just 15.

Family and friends are now raising money in her memory for the Wallace and Gromit’s Grand Appeal at Bristol Children’s Hospital and to buy the Dolphin Cardiac Ward, where Zoe was treated initially, six new ECG heart monitors, costing £9,000. Zoe’s parents, Naomi and Jason Chapman said, “Zoe’s passing has obviously had a massive effect on us as a family and we are still in the early stages of processing our grief and trying to live with our new normal.

“Zoe was such a massive personality, the most beautiful girl inside and out, and made a huge impact on everyone she met. She had hopes and dreams like any teenager and was looking forward to achieving her ambition of becoming a primary school teacher.”

Previous fundraising events include sponsored walks in the Yorkshire Dales, a 24-hour sponsored sports event completed at Lackham College by Zoe’s brother Ben, and a family Tough Mudder South West 5k event that currently has raised almost £4,000 for the appeal.

Zoe’s godfather, James D’Souza, has also raised another £3,000 by completing a tandem skydive and sponsored walks, and is planning to run a marathon in Zoe’s memory.

Friend of the family, Kerry Pearce, has also organised an upcoming fundraising event to add to the fundraising total.

On Saturday 31st August at Oakfield stadium, home of Melksham Town FC, there will be a raffle and silent auction and live music from local band, Corinthian Casuals.

Some of the prizes include an aromatherapy session with Ellie’s in the Roundhouse, Melksham, a haircut from Aziz Barbers, a voucher from Melksham Tandoori, two £20 off meal vouchers at the Roman Baths restaurant, a Whitehall luxury afternoon tea voucher, a PGA Golf sessions with Chris Coles, an M4 Karting voucher, a Bowood family day ticket and much more!

If you would like to donate a raffle or silent auction prize, you can contact Kerry Pearce on 07814 255180. Tickets to the event are available from Hairtek on Bank Street and Melksham Town Football Club.

If you would like to donate to the cause in Zoe’s memory, visit:  www.justgiving.com/ fundraising/zoe-chapman15.