Town council to save park from ‘appalling’ grass-cutting 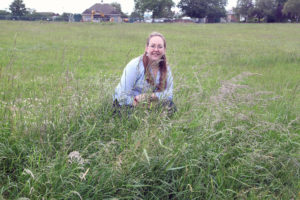 MELKSHAM Town Council has proposed to take over responsibility for cutting the grass at King George V playing field.

Currently, grass in the town’s main park is cut once a month by grounds maintenance company idverde, who are contracted by Wiltshire Council to carry out the work. However, with grass recently reaching knee height in some areas, councillors have said that cutting the grass once-a-month is not enough. The quality of idverde’s work has also come under fire, with councillors labelling their work as ‘appalling’.

The council has proposed to find a new contractor to provide additional cuts in the park, and explore taking over the monthly cuts currently scheduled to be carried out by idverde.

At this month’s town council asset management committee meeting, cllr Adrienne Westbrook said, “The park is only being cut once a month, usually on the 14th of each month – but for anybody who regularly walks through the park, you’ll know that the grass can reach knee height. Now that is not acceptable for a playing field where we are encouraging ball games. It is unfair to expect our residents and children of this town to try and play football in grass that is at least one metre high.”

Mayor, cllr Jon Hubbard, added, “We have some of our prime events that bring people into this town and our park coming up over the next six to eight weeks, and I don’t want them coming in and having to wade through knee-length grass.

“And I don’t want what we had last year for these events – although it was mowed, it was so bad before it was mowed that it was like walking through a hay field after it was shorn.”

The grass in King George V playing field was last cut on Thursday 13th June. Prior to the cut, cllr Westbrook raised her concerns with Melksham News about idverde. She said, “One problem is the poor quality of the grass-cutting. After the cut in May, the grass was getting out of control almost a week later. These problems are all down to poor contract management.

“As the grass has been left to grow so long, the problem we have now is that when the grass is cut, the cuttings are left behind and it becomes hay – and in this wet weather it is going to be disgusting.”

Community engagement manager for the town council, Debbie Bentley, added, “We have received complaints from the public who have said that the grass is a tripping hazard.”

In response, a spokesperson for idverde said, “Wiltshire Council has made significant savings from the revised grass cutting service, through which idverde are now only authorised to carry out a monthly cut to all amenity grass, including the playing field in question.

“Last year, Melksham Town Council instructed us, from the start of the growing season, to do an additional cut in between, hence the playing field was being cut every two weeks.  This year, although the town council told us verbally they might be instructing additional cuts, we weren’t formally instructed to do the work until very recently.

“By then, the very wet weather we have all experienced meant the grass was long, and to start a two-weekly cut at this stage would result in heavy grass clippings on the surface. We suggested to the town council that they authorise a ‘cut and collect’ service for the first cut, to get the standard that they required, but they declined.

“We agree that the playing field’s finish would improve with a more frequent grass cutting service, but we have delivered the service exactly as we are contracted to do.”

Wiltshire Council, who contract idverde, commented, “We recognise that due to the warm wet spring the grass growth is rapid, but the grass is being cut to schedule. The grass at King George V playing field was cut on 13th May and 13th June.”