Wiltshire Council challenged over use of weed-killing pesticides 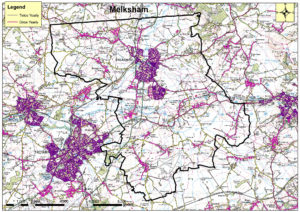 WILTSHIRE Council has been challenged by a Bowerhill resident over their ongoing use of controversial pesticides.

MIN contacted Wiltshire Council who revealed that they regularly use glyphosate to control weeds, a pesticide which has been banned in many countries over fears about its health risks and effects on the environment. Melksham Town Council has also banned its use.

“I am deeply concerned that Wiltshire Council are using chemical herbicides,” said Sue Tweedie. “This practice not only kills weeds, that incidentally are food for many insects, but the run off poisons our waterways.”

The use of glyphosate has also come under fire from Wiltshire Wildlife Trust.

Dr Gary Mantle MBE, chief executive of the trust said, “Weed killers such as glyphosate are extremely harmful to wildlife, damaging many plant species beyond those being targeted. Common weeds, meanwhile, can be important food sources for insect, bird and animal species; they provide food and nectar sources for insects, which in turn feed birds. Weed seeds can also be vital winter foods for many declining bird species such as corn bunting and skylark.

“The State of Nature report published just a couple of weeks ago showed the scale of action needed to restore wildlife across the UK, and we encourage everyone managing land in Wiltshire to play their part by avoiding the use of herbicides and allowing nature to recover.”

Wiltshire Council told Melksham News that they regularly use a variety of ways to control weeds across the county, including the use of the pesticide ‘glyphosate’, also known as ‘Round-Up’.

The council sprays residential areas and roads with the pesticide twice yearly across large parts of the county, including in Melksham, Bowerhill and the surrounding villages.

Sue Tweedie added, “We are living in tumultuous times regarding our environment and the new report by the National Biodiversity Network ‘The State of Nature’, is showing that our wildlife in the UK is declining at an alarming rate.

“There are many green spaces in the area where herbicides are used to kill what are considered to be weeds – again food for our pollinators. These vast areas could be used as wildlife havens and not green deserts.

“I have grandchildren and each of us has a responsibility and duty to do what we can to mitigate this dreadful mishandling of our beautiful countryside. It is barren for the most part. The soils are depleted of minerals and the use of herbicides renders the soil empty of invertebrates and kills our pollinators in the process. The knock-on effect for the rest of the food chain is devastating.”

Cllr Sven Hocking, Wiltshire Council portfolio holder for street scene said, “We regularly use a variety of ways to control weeds to keep the county looking as aesthetically pleasing  as possible.

“We use glyphosate responsibly as part of a number of weed control measures which also includes strimming, mechanical flailing, manual pulling, pavement and road sweeping and we have also recently invested in two new weed rippers.

“We continue to review how we deal with weeds to ensure our methods are the most effective available. For more information about the areas we weed, people should visit http://www.wiltshire.gov.uk/highways-streetscene-enhanced-services.”