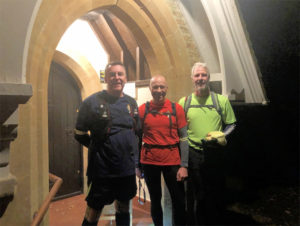 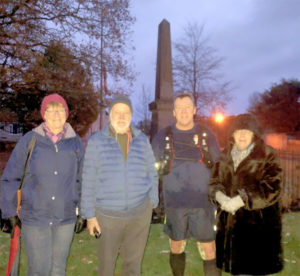 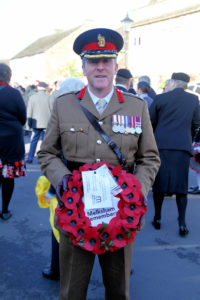 Darren Crook at the end of his run, ready for the Remembrance Service in Melksham

Melksham resident Darren Crook, has completed his ‘Run of Remembrance’, raising over £7,000 for charity – smashing his original target of £1,944.

On the morning of Remembrance Sunday, serving soldier Darren ran 28.5km, visiting several local war memorials to pay his respects to fallen soldiers. The money raised will be split between the charity Spirit of Normandy Trust and local histor 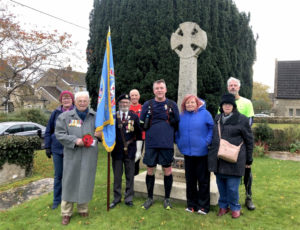 Darren’s ‘Run of Remembrance’ was also organised to raise awareness of the contribution made by Melksham during both World Wars. 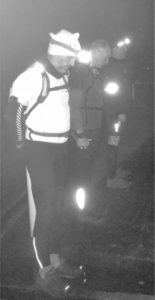 Darren Crook in Canon Square at 5am

Darren said, “It was an immensely challenging but deeply rewarding run; the conditions were pretty tough given the cross-country route and the heavy rains on the Saturday, but that just added to the sense of pride in completing it.

“The 700km of training served me well and I was genuinely buoyed by the support we received, which epitomised the spirit of both causes I was running for:, Melksham Remembers and The Spirit of Normandy Trust.

“Would I do it again? Definitely. ‘Greater love hath no man than this; that a man lay down his life for his friends’.  All I have done is show my deepest gratitude and respect to those who made the ultimate sacrifice, while also honouring those who served and returned – they too deserve our thanks.  I sense we might do it again next year and see if we can inspire people to join us!”

For the run Darren was joined by his friends Tim Eggett of Mere and Mike Jeavons of Andover, both of whom have served with Darren. After setting off from Canon Square at 5am, the three ran a route covering 28.5km in 4 hours 39 mins – 3 hours of which was spent running, while the remainder was spent honouring the fallen.

Following the run, Darren changed into uniform to join the Remembrance Parade in Melksham, also attending the service at St Michael’s Church.

For more information about both the causes Darren is supporting visit: www.spiritofnormandy.org.uk and www.melkshamremembers.org.uk.