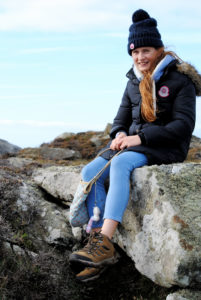 MELKSHAM charity, Evie’s Gift, raised over £1,300 from its Christmas appeal thanks to the support of the local community and Melksham News readers.

Evie’s Gift was set up by the parents of 13-year old Evie Clover, Bryan and Patsy, after she died in January 2018 after being diagnosed with a brain tumour.

Evie’s father and chairman of Evie’s Gift, Bryan said, “Our Christmas Appeal raised a total of £1,310.41 and the readers of Melksham News made a great contribution to that total.  We would like to say a huge ‘Thank You!’ to everyone that supported us either by making a donation, many of which were anonymous, or for buying donated goods from us at the Melksham Christmas Fair.”

Since March 2018, the charity has been raising money to help families with the cost of two nights’ accommodation whilst their child is in hospital when free hospital or charity accommodation is not available. They also offer financial support  towards food and travel costs.

To find out more about the charity, visit: www. eviesgift.org.uk