A WILTSHIRE Community Foundation grant is helping youth workers warn young people as young as 11 about the risks of defying the lockdown to congregate on the streets of Melksham at night. 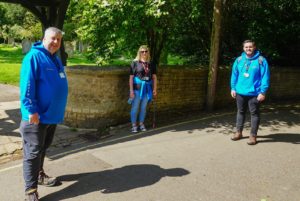 Young Melksham has been given £4,320 to support its detached youth work project from the Wiltshire and Swindon Coronavirus Response Fund – which has now raised £543,000 to help voluntary groups tackle the fallout from the pandemic in their communities.

Young Melksham chairman of trustees Jon Hubbard said the group, which usually runs youth clubs for more than 600 teenagers at the Canberra Centre, has been concerned by the number of young people out on the streets at night.

He said: “We have been wanting to do this since the lockdown started so we are very grateful for the money from the Wiltshire Community Foundation.

“We’ve got a team of six of us who have all gone through some online training. We go out in a group of three of six evenings a week for about two-and-a-half to three hours going around the town, focusing on where we know young people might be congregating.” 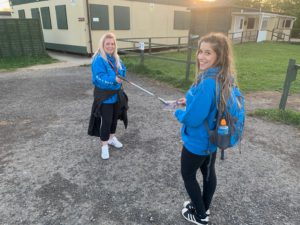 He said the team are conscious they have no legal power to order young people to go back home and instead concentrate on educating them. “If we come across a group, it is very much a soft enforcement, it is not our job to tell people to do anything,” said Mr Hubbard, who is a town and unitary councillor.

“We try and come to an understanding about why being out is inappropriate, what we want is for them to go home and stay home. We try and explain that they might be a carrier and not displaying symptoms and that if they could go home and infect their mother and father or a grandparent who is vulnerable. We show them how this could have quite catastrophic implications and talk about their social responsibility issues.”

Most of the young people they encounter are aged between 11 and 14. “There are some young people who see regularly but it is mostly different faces that we are seeing out,” said Mr Hubbard.

He said the initiative is being supported by Wiltshire Police. “We’ve been working with the Youth and Early Intervention Team and once we’d spoken to them, we were leaning on an open door,” he said.

Young Melksham’s regular clubs have all been closed for more than six weeks and staff have been trying to find different ways of staying in touch. “We are going to be launching some web-based stuff and Zoom conferences,” he said.

“What we have also done is that the counselling service that we were delivering face to face is now on the phone for those who have chosen to use it. We have also set up a phone drop-in service on 01225 667328 for young people to be able to phone up and talk to one of our counselling team about their challenges and how they are coping with lockdown. That is starting to pick up now.

“We have also opened the service up to any young person in Wiltshire and if it starts to get too busy for our team, we will open it for longer or find some more counselling staff. Right now, I am not counting the pennies as much as I should, we have a rainy day fund and quite frankly it is pouring at the moment.”

The enforced closure means the charity is losing out on vital income from subscriptions and room hire. Said Mr Hubbard: “We are a limited company, but we are a charity. If we were just a limited company and we traded, we would qualify for small business rates relief and got an automatic £10,000 grant from the government to cover the cost of continuing to run the premises while the business is closed.

“I still need to employ my admin and with my other staff I either have to 100 per cent employ the or 100 per cent furlough them. I can’t say to youth workers who are employed to do three shifts running the youth club and one shift of detached outreach youth work, that I’ll just employ them for the outreach but furlough them for the youth club shifts. If want to do the outreach I have got to employ them for all of those shifts. I could cut their salary but that is really not fair.

“As we are a charity, we get mandatory rate relief rather than small business rate relief, so we don’t qualify for the £10,000.”

He said although the future is uncertain, he and his team are determined to do the best for the young people of the area. “We’ve worked it out that it is costing us £800 a week for the youth centre to be closed. I have still got to pay for running it and I’ve not got any income coming in at all. By the end of June, we will be £10,000 out of pocket but we have just got to deal with it,” he said.

“We are not facing a crisis yet but if it goes on for too long the real tragedy could be that we’ve spent eight or nine years building this service up to see it all lost.”

Find out more about the group at youngmelksham.org.uk

The Wiltshire and Swindon Coronavirus Response Fund has distributed more than £280,000 to 77 voluntary groups. To find out more applying for a grant or to donate to the fund, go to wiltshirecf.org.uk.