Melksham gets in tune!

A new community radio station for Melksham has been awarded a licence by the broadcasting industry regulator OFCOM, Bringing a new era of communication to Melksham and the surrounding villages to help forge links within the neighbourhood 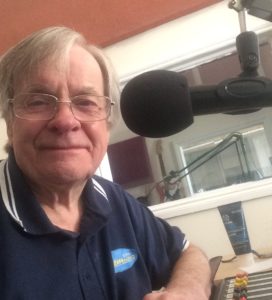 Phil Dawson, Director of the new Radio Melksham, said ”we intend to bring a first class radio station directly to the community of Melksham with a wide range of music, together with local and national news and information.  Mr Dawson went on to say that they would like to thank everyone involved in their efforts to get the idea off the ground and to this stage.   They will continue working to build further support for the project from the local people in Melksham.  The sound will be professional, entertaining and above all accessible by the people in the area including surrounding villages to Melksham.

Mr Dawson already has a proven track record with neighbouring station Fantasy Radio in Devizes.  Following a briefing on the new station’s exciting plans Melksham Town Mayor Cllr Jon Hubbard said “the radio station will have a distinct sound and will carry information and news specifically for Melksham and surrounding villages and it will be produced mostly by Melksham people for Melksham people.” 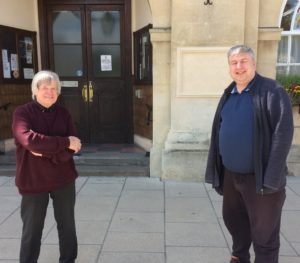 Photographer, Andy York from the Littlebrook Courtyard said “I think that Melksham has long needed its own radio station. It would be wonderful to have a local station to bring the community together, keep everyone informed on local events and issues, and give us the chance to communicate more widely, which is something you do extremely well with your Devizes radio station Fantasy Radio”. It’ll be great to have something similar in Melksham with a good spread of music, etcetera that I know you’ll provide. A perfect way to complement our brilliant local newspaper The Melksham News.”

In fact, Radio Melksham has already gone live to give a taste of what to expect – visit the website www.radiomelksham.co.uk and click on the ‘take a listen’ button.  In time Radio Melksham will start a full service on the FM airwaves.

4 Responses to Melksham gets in tune!

Residents from Farmhouse Court and Berkley Way say that they have experienced “considerable” flooding in their gardens because of building works.