Former Chinese restaurant to be knocked down for flats?

AN application to demolish the former Chinese restaurant, next to the library in Lowbourne, and erect a new two-storey building for flats was considered at a town council meeting last night.

Councillors expressed surprise that the former restaurant did not form part of the whole library site, which is expected to become housing when the library moves to the campus.

It was suggested that the restaurant had closed down at least five years ago. However, cllr Jon Hubbard said, “The chances of having retail go back in there are fairly slim.”He said they should consider the impact of the building on surrounding properties, but added, “We will struggle to find reasons to object to this.”

The mayor, cllr Pat Aves said she welcomed the plans. “We need to have people live in the town centre,” she said. “It is good for security.”

The town council’s comments will be sent to Wiltshire Council, who will make a decision on the application. 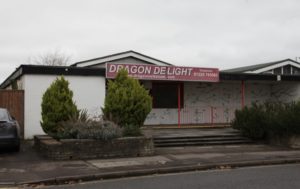 One Response to Former Chinese restaurant to be knocked down for flats?

Did you take part in Movember last month?

Before you shave that moustache off - why not send Melksham News a photo of your efforts!

Or if you took part in another way, let us know!

The popular garden centre has attracted a significant number of visitors in recent weeks, creating parking problems in the area. ... See MoreSee Less

Wiltshire Council has issued a Covid Direction Order to Whitehall Garden Centre, in Lacock, to ensure it complies with restrictions to help prevent Covid-19 transmission within the county.
View on Facebook
·Share