Who deserves to be Melksham’s Person or Group of the Year 2020? 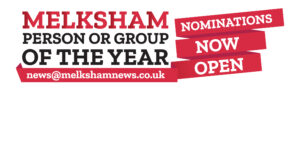 Melksham News’ Person and Group of the Year awards are back – and we need your nominations for who you think should win.

2020 was a year like no other but amidst the tragedy and difficulties, community spirit was a shining light more than ever before.

As people stayed at home to keep safe, residents volunteered their time to go shopping, pick up prescriptions, befriend people living alone, and raise money for charity in unique and novel ways.

Local groups and organisations stepped up to the plate, adapting their services to meet the ever-changing government guidance, helping to deliver vital services to the community.

With so many people doing great things in the community last year, it’s going to be a difficult task to decide who should win – and that’s why we need your help to find them.

For the Person of the Year award you can nominate a friend, family member, community leader, colleague or even someone you don’t know – any person who lives or works in the Melksham area who you think has contributed most to the local community.

For the Group of the Year award you can nominate a group, organisation, or committee – any group that does work in the Melksham area who you think has contributed most to the local community. Don’t worry if not everyone from the group comes from Melksham, what’s important is that the work of the group benefits the town in some way.

The only conditions are that the person or group lives or works in Melksham or one of the surrounding villages and haven’t previously won one of the awards.

Nominations must be received by 3pm on Wednesday 13th January and the winner of each award will be chosen by a panel of local representatives and announced in our next issue.

Ian Drew, editor of Melksham News said, “This is a chance to nominate someone or a group who deserves recognition for their outstanding contribution to Melksham over the past year or who has had a big impact on life in the town.

“There are so many people and groups doing fantastic work, more than ever during these difficult times, and these awards are a real opportunity to celebrate and acknowledge their efforts.”

Other previous winners of the Person of the Year award can be found on page 25.

The Person of the Year award for 2019 was given to Sue Mortimer for her work running Melksham Community Meals and her work for junior parkrun, the local walking netball team and helping children with their reading at Bowerhill School.

And the recipient of the first ever Group of the Year award was community transport group, Link,  for their charity driving service, ensuring people in the town and beyond get to medical and other appointments.

Nominations can be made by emailing news@melkshamnews.co.uk stating your name, address and contact number with your nominee’s name and why you are nominating them. (We won’t disclose who has made the nominations). If you have contact details for your nominee, please include these. Or write to Melksham News, 31 Market Place. SN12 6ES.