Will there be a council tax rise this year?

TOWN councillors not wanting to increase the 2021/22 precept – the proportion of council tax paid by residents to the town council – have been challenged to explain how the council can make savings to prevent this. 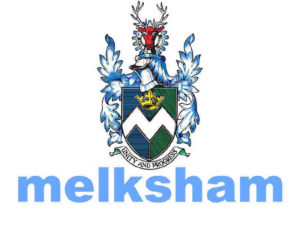 At a town council meeting last month, it was disclosed that the current ‘draft’ budget for 2021/22 proposes a precept increase of 9%, which cllr Adrienne Westbrook explained would be a £14 total increase for the year, for residents in Band D properties.

The increase has been blamed on the impact of the Covid-19 pandemic, and a reduced income from the Assembly Hall – which was closed for the majority of 2020.

However, some councillors have expressed their concern about increasing tax.

“We can’t take for granted that residents will accept a year on year increase, which seems to be the norm for Melksham Town Council at the moment,” said cllr Mike Sankey who said he wanted the council to make savings instead, to “reduce the burden on taxpayers”.

However, cllr Westbrook challenged councillors to suggest where the town council could make savings. Responding to cllr Sankey she said, “You’re just being incredibly naive, if you think that there’s not going to be a council tax rise this year. There’s been no income from the Assembly Hall – which is not the Assembly Hall’s fault.

“Nobody wants it, but I don’t think there’s any option. It’s very good for people to say that they don’t want a rise, fine, tell us what you want cut. Do you want to have your grants of £60,000 cut? Do you want to have an officer (staff member) cut? Because this is what it comes down to.”

Cllr Westbrook went on to accuse councillors not wanting a tax increase of having “no guts” to suggest what services could be cut.

“If you want services, they have to be paid for,” said cllr Westbrook.

“Biting the bullet,” cllr Sue Brown – who said that a 9% precept increase would be a “big hit” for most families – suggested that the council could look at cutting its grants budget as it is “a lot of money”.

Cllr Brown explained that when she sat on another council, they “slashed” 50% off their grants budget. “Most survived,” she said.

Cllr Richard Wiltshire suggested cutting the council’s budget for public toilets and reducing the proposed budget to replace equipment needed by the amenities team, suggesting they should hire equipment instead.

Plans for a consultation with residents about how much they are willing to pay towards the 2021/22 precept and how it should be spent were also discussed at the meeting.

Last September, the town council announced plans to consult the community – however, due to changing Covid-19 restrictions, the council has been unable to move plans forward.

In response to calls by some councillors that the consultation should still go ahead this month, cllr Terri Welch said, “I feel trying to do a very rushed job before we set the budget will not work. We need to set the budget and then go into a long consultation with the people of Melksham about their priorities. We should do it for the following year.”

In agreement, cllr Jon Hubbard added that any attempt to host a consultation before the budget is set would have a “wholly unsatisfactory result” and could result in “huge reputational damage” for the council.

Town councillors will discuss and agree the 2021/22 budget at their full council meeting on Monday 18th January.

“If you want 0% (rise in precept) make sure (town clerk) Linda (Roberts) knows what you want cut out!” said cllr Westbrook.

3 Responses to Will there be a council tax rise this year?