MELKSHAM charity worker, Sarah Williams-Martin, has been awarded a BEM in the New Year Honours 2022 list for her work during the Covid-19 pandemic. 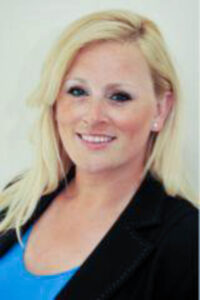 At the start of the first national lockdown in 2020, Sarah, who is the chair of the Bath and North East Somerset (B&NES) Dementia Action Alliance, helped to set up a team of 2,500 volunteers, calling themselves Compassionate Communities, to support over 4,000 people vulnerable people across B&NES.

Sarah has also been recognised for her efforts to recruit, train and organise a rota of over 1,000 volunteers to man the mass vaccination centre in Bath.

Speaking to Melksham News, Sarah said, “I’m really pleased and excited about this honour, but also pleased and excited for all the volunteers that work with me because I feel that this is an achievement for all of us – everyone that stepped up, helped, and were part of this huge community effort.”

About how Compassionate Communities began at the start of the pandemic, Sarah said, “The charity that I run, B&NES Dementia Action Alliance, works across B&NES, so when the pandemic struck, I was initially concerned about people in the community living with dementia and how they would cope.

“But it soon became apparent that there was a much bigger need, so I joined forces with the local council and Virgin Care to help provide a service where thousands of volunteers were matched up, street by street, with people unable to get food, medication, or general help.”

Explaining the reasons behind Sarah’s recognition on the New Year Honours list, a spokesperson from the Cabinet Office said, “Sarah is a keen advocate for grassroots community organisations and was well placed to sign up with a group of dedicated community volunteers to help vulnerable people across Bath and North East Somerset (B&NES) access food and medication from the beginning of the first lockdown.

“Through the existing ‘3rd Sector Group’ (3SG), which already supported charities, social enterprises and community groups in the area, she galvanised a team of volunteers, calling themselves Compassionate Communities to head up an immediate community-wide response to Covid.

“She built a designated digital support system to manage a volunteer database to coordinate the efforts of the 2,500 volunteers. The programme offered a robust payment system which not only facilitated fast purchases of essential items, speeding up the whole process, but also negated the exposure of the vulnerable by avoiding physical money exchanges.

“In order to spread the word of the new services being offered, Sarah organised a massive leaflet drop to 80,000 residents delivered by over 200 volunteers. To date, the group Compassionate Communities, has helped over 4,000 people, transacted over £150,000 worth of shopping and re-habilitated over 450 people to live independently.

“Sarah worked long shifts to recruit, train and organise a rota of over 1,000 volunteers to man the mass vaccination centre in Bath, ensuring the centre operates at maximum capacity and that all visitors receive a positive onsite experience.

“In her role as chair of the B&NES Dementia Action Alliance, Sarah also compiled a special dementia wellbeing pack for those forced to isolate, to offset loneliness and depression.

“And recently, she won the BBC Superstars competition and will have a Great Western Railway Hitachi train bearing her name in recognition for her contributions to society.”