A MELKSHAM woman with a severe dairy allergy died after eating a Pret a Manger wrap which was labelled as vegan but contained traces of milk, a coroner has ruled. 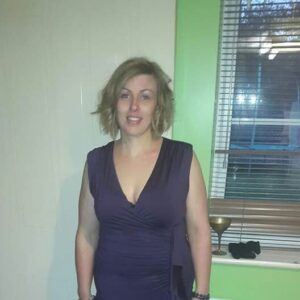 Celia Marsh, a mother of five, died after eating a super veg rainbow flatbread in Bath back in 2017. The dairy-free coconut yoghurt dressing had been cross-contaminated with milk protein during manufacture, the coroner said.

Her family have warned that more people will die unless better testing throughout the food supply chain and better labelling are introduced.

Celia Marsh’s husband, Andy said, “Celia meant the world to us all. She could brighten up your worst days with just one smile. She would look at you with her blue eyes and you just felt better. She was a great mum.”

He added: “I want to see testing at every stage of the process to make sure nothing gets through the cracks.”

Maria Voisin, senior coroner for Avon said that Celia Marsh had suffered an anaphylactic shock after eating the wrap.

“A product which is marked dairy free should be, free from dairy,” she said at the inquest at Avon Coroner’s Court, held at Ashton Court in Bristol.

The coroner said she would write to the Food Standards Agency raising concerns about the labelling on products claiming to be dairy-free and the testing process.

She said, “The contamination arose because the ingredient HG1 was cross- contaminated during manufacture.

“The manufacturer of the dairy-free yoghurt had in its possession documents which flagged this risk, but this risk was not passed on to its customers.”

The coconut yoghurt used as dressing from the Australian brand CoYo, which was licensed for manufacture in the UK to British firm Planet Coconut, had traces of milk protein in it, Maria Voisin said.

Pano Christou, the chief executive of Pret a Manger said, “As the coroner made clear, Planet Coconut had information which should have alerted them that their yoghurt may have contained milk and this information was not passed on to Pret. It goes without saying that if Pret had ever known that the yoghurt may have contained milk, we would have never used the ingredient. We have taken significant steps forward with our suppliers and labelling policies since 2017.”

Outside court, Celia Marsh’s daughter Ashleigh Grice, said her mum was “our rock, the soul of the family.

“On that terrible day she trusted the labelling in the Pret a Manger store,” she said, “But the vegan wrap had been contaminated. The contents were poisonous to her.”

She added, “It is now clear to us that if Planet Coconut had passed on the warnings in their possession to Pret a Manger about the risk of cross-contamination, Mum would still be alive today. Mum’s death, like so many allergy deaths, was entirely avoidable.”