No park toilets available as Bath Road facilities are closed

MELKSHAM Town Council has been forced to close the Bath Road toilets at King George V Park, due to an environmental health problem. 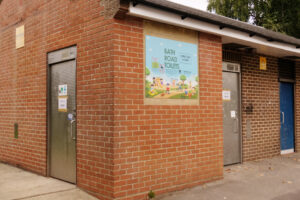 A spokesperson at the council said, “It was discovered yesterday that the toilets have rats. The relevant pest control measures have been implemented and Wiltshire Council’s environment department have confirmed it will take a least a month for this to be resolved.”

The Bath Road toilets have been open for public use since June this year after being shut since 2018 because of various setbacks in plans to re-open.

It means King George V Park will be left without any toilets as the pavilion has remained closed and the town council’s eco-toilets, which were due to be opened in June, have been delayed.

No date has been confirmed for when the toilets will re-open.

On the Melksham News Facebook page, after the news was announced, one reader suggested the money should be used to re-open the toilets in the pavilion instead.

“I think the money spent opening the Bath Road toilets should have been spent on reconfiguring toilets at the KGV Pavilion so they can be accessed externally, especially being the splash pad, play area and outdoor gym are located in that area; it could have been a cheaper option, possibly giving some funds to go towards reopening the toilets by Church Street car park,” said Richard Collett.