LOCAL councillor, Jonathon Seed, has said that local villages feel ‘pretty let down’ by the lack of policing in rural areas. 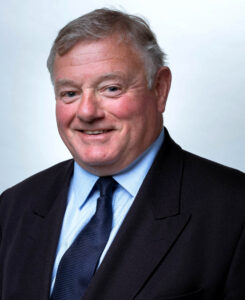 The Wiltshire councillor for Melksham Without West & Rural called for more policing in the villages around Melksham at an Area Board meeting last week.

“We find that policing in this area is wholly concentrated in the town; we hardly ever see anyone in the villages; we’re not even getting reports at parish council meetings.,” he said.

“The police are pretty much invisible in our villages; our villages feel pretty let down and they don’t feel they are getting the service certainly that we have had before.

Councillor Seed added, “Semington, one of the villages I represent, always used to have a coffee morning once a week when a PCSO turned up just for half an hour, but the community knew where to talk to someone and that’s where low level intelligence comes from. But in the last few years, that has stop happening.

“In the police structure, there are officers allocated to the rural areas but we just don’t seem to see them.”

Inspector Andrew Lemon from Wiltshire Police told the meeting, “I’m not going to sit here and make excuses because I strongly believe we should be represented at parish council meetings and be providing some kind of report about what crime is occurring and to take questions and raise community concerns.”

Inspector Lemon said that there was a shortage of police officers at the moment but hoped things would improve before the end of the year.

“We have a very, very young workforce out there on the front line. 60% of your police officers have less than three years’ service,” he said.

“It’s a real challenge at the moment, the resourcing side of it. Trowbridge does all your response policing for Bradford, Melksham and all your outlying villages. Those teams are stretched, they are under resourced but they are doing the best they can. We’re carrying a lot of vacancies.

“We have been promised additional resources, extra police officers which we should start seeing before the end of the year, so in time, we will get those out to those meetings, but it is a small team.

“I’ll investigate this and take those points away.”