SOUTHERN Electricity, has applied for planning permission to instal an electric vehicle charging hub in Spa Road Melksham. At a meeting of Melksham Town Council’s economic, development and planning committee, cllr Saffi Rabey described the plans as “very exciting” and said it highlights that “we have to rely on the private sector to get charging units out there.” 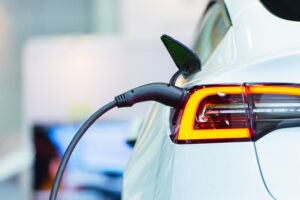 At the meeting, held on 30th August, cllr Simon Crundell considered if the charging hub would affect local neighbours but cllr Graham Ellis said the company has a fairly long frontage and believed that the hub would have no adverse effect.

Answering questions about how long it would take to charge electric vehicles, cllr Rabey explained that the electric charging points would be similar to those at the campus. She said that most vehicles would take approximately 45 minutes to an hour to charge.

Cllr Ellis said that he would like to see more charging points than the ones that are already planned.  Cllr Crundell agreed that more should be available in the town, saying, “We would like more local businesses to get involved.” Cllr Ellis added, “This is great – can we have more of this?”

The council members were supportive of the application, which will be considered by Wiltshire Council at a future date.

One Response to Company praised for electric charging hub plan