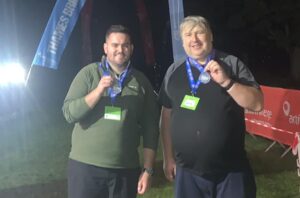 On Saturday, 10th September, Jon, Bryan and Jack set out from Putney Bridge at the start of the Thames Path Ultra; Jon and Jack taking on the 50km hike and Bryan a mammoth 100km non-stop hike to Henley on Thames, which must be completed in under 24 hours.

They undertook the tough challenge in a bid to raise the money needed to support the young people of Melksham that have been struggling with mental health, made worse by various lock downs.

For Jon and Jack, with absolutely no experience of long-distance hiking, the 50km hike was a challenge the likes of which they hadn’t seen before. Jon said “This was something totally new for Jack and me, but we believed in what we were trying to do and wanted to show the young people that we help that no matter what, you can achieve something if you set your mind to it.”

Both Jon and Jack successfully completed their 50km in 13 and half hours, despite a lot of pain from blisters. Having started at 8.40am, they both reached the finish line at just after 10.09pm, of which they are justifiably proud. 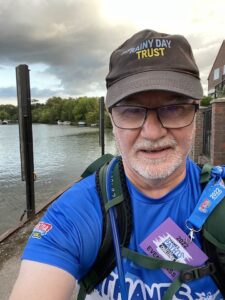 Even though Bryan has done quite lot of hiking before, the 100km event was no small endeavour and, despite 712 hikers starting the continuous challenge from Putney Bridge on Saturday, as many as 162 withdrew from the race over the course of the day, mostly due to injury.  Bryan set off at 7.40am and crossed the finish line at Henley on Thames at 5.21am the following morning, having completed the punishing 100km hike in 21 hours and 41 minutes.

Bryan placed 240th overall for his route and was extremely proud of this achievement saying, “When you consider that I was certainly old enough to be most participants’ father, I’m quite chuffed with that placing!”

There were a total of seven checkpoints along the route, which recorded participants’ progress and offered medical care, water and snacks to keep hikers sustained. Bryan drank a whopping 27 litres of water during the challenge and joked that he probably also “ate my body-weight in bananas!”

The blisters and aching limbs they sustained along the way were all for a good cause, as the needs of young people in Melksham are top of their agenda.